Taking Down a Challenge 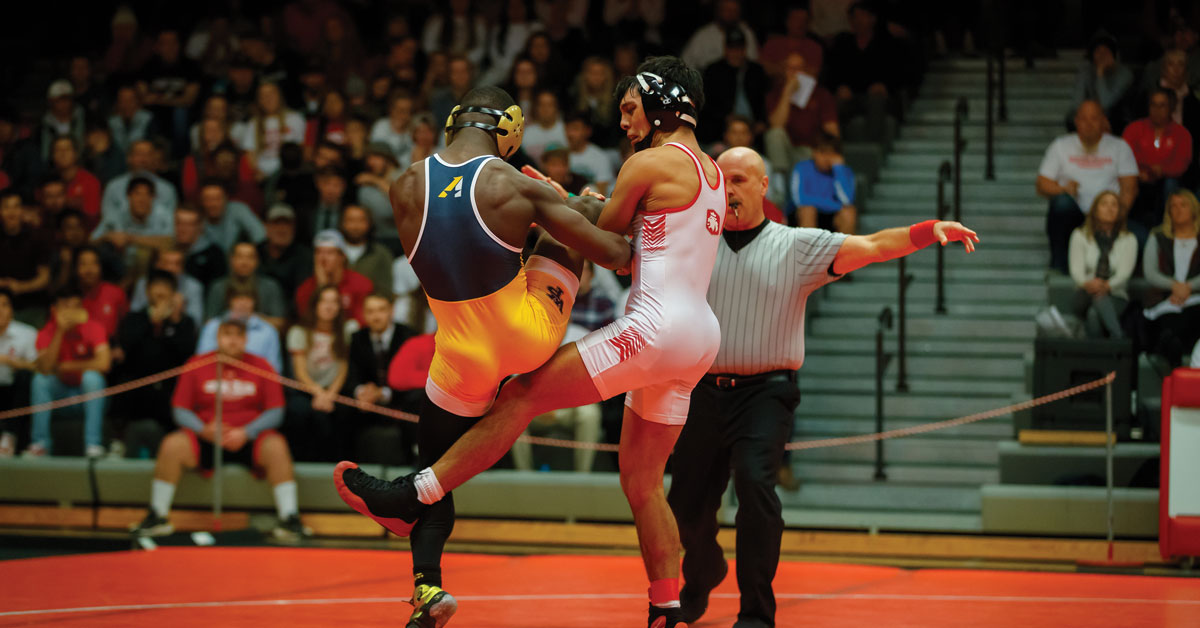 “Nobody looks out for you at other schools like the coaches do at Central.”

Shandon Akeo ’21 was braced for a challenge.

Even from his home nearly 4,000 miles away in Honolulu, Akeo knew about Iowa’s hard-nosed collegiate wrestling reputation. But he quickly found the demands of Central College’s nationally ranked wrestling program were exceeded by the school’s lofty expectations in the classroom. And he also discovered the same coaches, faculty members and teammates who drew him to Central were the ones driving him to succeed in both areas.
“Central definitely holds academics to a high standard,” Akeo says. “I mean, I got good grades before, but Central’s just harder. My first two weeks I struggled with keeping up.”

“Coach Van Kley actually laid out a time schedule for my day, to get my work done and study,” Akeo says. “And I would just go in and talk to Dr. Pavlat whenever I needed to. I was having a hard time in his class, but he was super helpful. I feel like all the professors I’ve had at Central are helpful.”

Results followed as Akeo posted a 3.74 GPA in the fall. He was later among five Dutch wrestlers named to the National Wrestling Coaches Association’s Scholar All-American team.

“Pavlat helped spark that belief that I could do better,” he says. “He just saw something in me, and I definitely believed in myself after that.”

“My goal of all-American didn’t happen but for my first season, I did pretty well,” he says.

Several colleges recruited Akeo but none gave Akeo the feeling Central did.

“It was just that family aspect that the wrestling team had,” he said. “Everybody at Central was super nice.”

That sense didn’t change after he arrived.

“Coach Van Kley and his assistants Daniel Page and Matt Diehl actually brought me around and introduced me to all these people on campus,” Akeo says. “Nobody looks out for you at other schools like the coaches here. It just feels so right to be at Central.”

After fulfilling his athletics dreams, Akeo eventually wants to use a Central exercise science degree to help others with theirs, most likely as a personal trainer and wrestling coach.

“I want to be in the gym helping people achieve what they want for their fitness goals,” he says.

But there’s unfinished business at Central to deal with first. Akeo is enthused about helping a deep and talented Dutch squad make some noise on the national tournament stage next winter while finishing his season on the all-America podium.