Your class dean supports you throughout your four years at Central. This innovative educational model places the focus on your academic success: your academic plan and coursework, your academic adviser and your goals for your studies.

Starting at orientation and continuing through graduation, your class dean is available to offer guidance on your academic progress. By providing this important support, Central works to help you discover all available resources and successfully complete your academic program.

Your class dean focuses on your class and has an open door to help you navigate your academic experience.

Amy Young, associate professor of German, is the class dean for Central’s Class of 2025. This will be her first class serving as a class dean. Young has a bachelor’s degree in German and political science from Simpson College. She earned her master’s degree from Bowling Green State University and her doctorate from the University of Nebraska-Lincoln. Young has taught at Central since 2008 with an emphasis on 20th century German and Austrian literature and culture, women’s and gender studies, sustainability and translation. Her service to Central also includes as Intersections Director (2017-2019); election to the Personnel Committee and former International Programs Committee; appointment as faculty representative to the Board of Trustees (Student Development Committee); and three years on the former campus life committee, including a term as chair and one as secretary.

Eric Jones, director of academic resources, is the class dean for Central’s Class of 2024. He is a 1987 graduate of Central College and received a master’s degree in counseling/professional studies from Iowa State University in 1994. His contributions to Central have included roles as interim dean of students, interim director of residential life, associate director of admission, instructor of Introduction to College Success (ICS) and assistant football coach. For five years, he was the director of academic success, where he worked extensively with many first-year students.

Oscar Reynaga, lecturer of Spanish, is class dean for Central’s Class of 2023. Reynaga received his B.A. degree in psychology and Spanish from the University of California Berkeley and his M.A. in Spanish from University of Iowa. He joined the department of modern languages at Central College in 2007. In addition to teaching Spanish and “Hispanics/Latinos in the U.S.,” he has taught an honors seminar, Intersections and co-developed short-term study abroad courses for Central students in Merida and Peru.

Mark Mills, professor of mathematics, is class dean for Central’s Class of 2022. Mills received his B.S. degree in mathematics from the University of Nebraska-Lincoln, where he was also inducted into Phi Beta Kappa. His M.S. and Ph.D. degrees in mathematics are from Iowa State University. He joined the department of mathematics and computer science at Central College in 1999. In addition to teaching mathematics, Mills is also the co-advisor for Central’s actuarial science program. He has served on the Faculty Welfare Committee, the Campus Benefits Committee and Faculty Personnel Committee.

Leslie Duinink, associate professor of exercise science, is the class dean for the Class of 2021. Duinink is a Central College graduate with a degree in history and an emphasis in secondary education and received a master’s degree from Indiana State University in physical education with an emphasis in athletic training. She is both a state-licensed and nationally certified athletic trainer and was named the Iowa Athletic Trainers’ Society College/University Athletic Trainer of the Year in 2010. She has served on the Central College Athletic Training accreditation team and as the chair of the Curriculum Committee.

I Can See Clearly Now

Initially unsure of herself and her goals, Kayleigh Rohr ’20 graduated with her sights set on optometry. 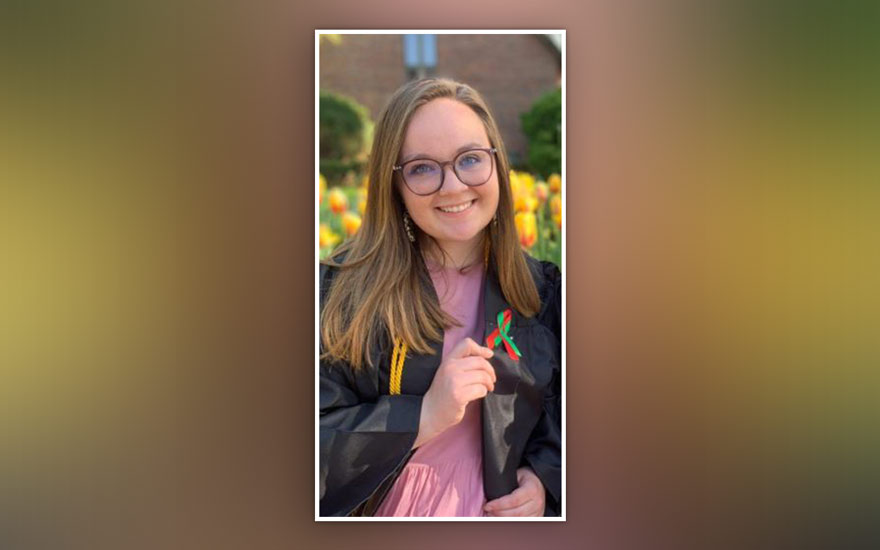