Central College is located in Pella, Iowa, a picturesque community of 10,000 people set amid gently rolling hills just 40 miles southeast of Des Moines and two minutes from Lake Red Rock. The town’s flower-lined streets, distinctive Dutch architecture, charming retail shops and famous bakeries attract tourists from around the world. Pella was ranked the 19th-best small town in the U.S. by Livability. Des Moines was ranked the No. 2 best city in the U.S. for jobs by Forbes.

The annual Tulip Festival, celebrating the town’s Dutch heritage, attracts more than 150,000 visitors each year. Pella’s unique blend of sophistication and small-town intimacy has been noted in several national publications, including The New Yorker and Midwest Living magazines.

Founded in 1853 by a determined group of pioneer settlers, Central College has, since its inception, been committed to the ideals of liberal education. Central was originally a Baptist institution, and its founders immigrated to central Iowa to escape religious tyranny in the Netherlands.

Central College officially opened Oct. 8, 1854, with a class of 37. The campus consisted of one two-story building containing three rudimentary classrooms. This fledgling institution grew both in size and mission during its first 60 years, eventually moving to a parcel of land donated by Pella’s founding father, Dominie Pieter Scholte. The college survived fires, three wars and economic depression during a period of history that saw the United States double in size. It remained solvent because of the faith and dedication of its early faculty members, some of whom accepted produce from local farms as payment.

In 1916, Central became affiliated with the Reformed Church in America. As its academic reputation grew, Central attracted many more students from outside the denomination.

International study programs were introduced in 1965, strengthening an institutional emphasis on cross-cultural study. The first overseas study center was established in Paris, France, and a second was added in Vienna, Austria. Today, Central continues to encourage students to develop a global perspective and operates study abroad programs around the world. By the time they graduate, 55 percent of Central students have had a meaningful international experience.

Central’s four-year liberal arts curriculum offers students an outstanding academic experience with more than 70 strong academic programs, including majors, minors and interdisciplinary programs offered on a two-semester calendar. Students are active in more than 100 clubs and organizations on campus. The Dutch compete in 19 varsity sports in the NCAA Division III’s Iowa Conference. An extensive program of art, music, theatre and cultural events is offered every semester.

Academic coursework integrates real-world experience whenever possible. Students are encouraged to pursue service-learning and internships, and 76 percent of Central students complete internships before graduation. Internships are available as part of programs in Chicago, New York City and Washington, D.C., as well as hundreds of sites nearby and on Central’s study abroad programs. Central is committed to undergraduate education, and 92 percent of graduates complete their degree in four years or less. 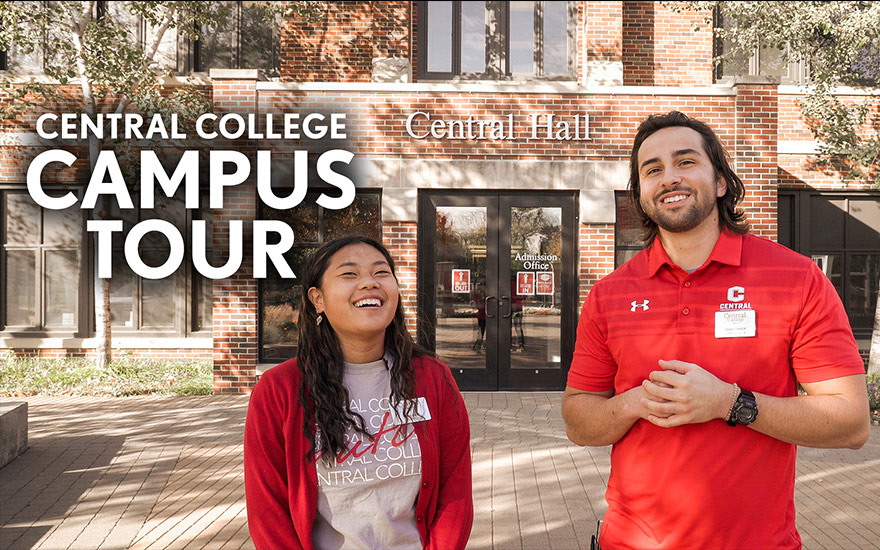